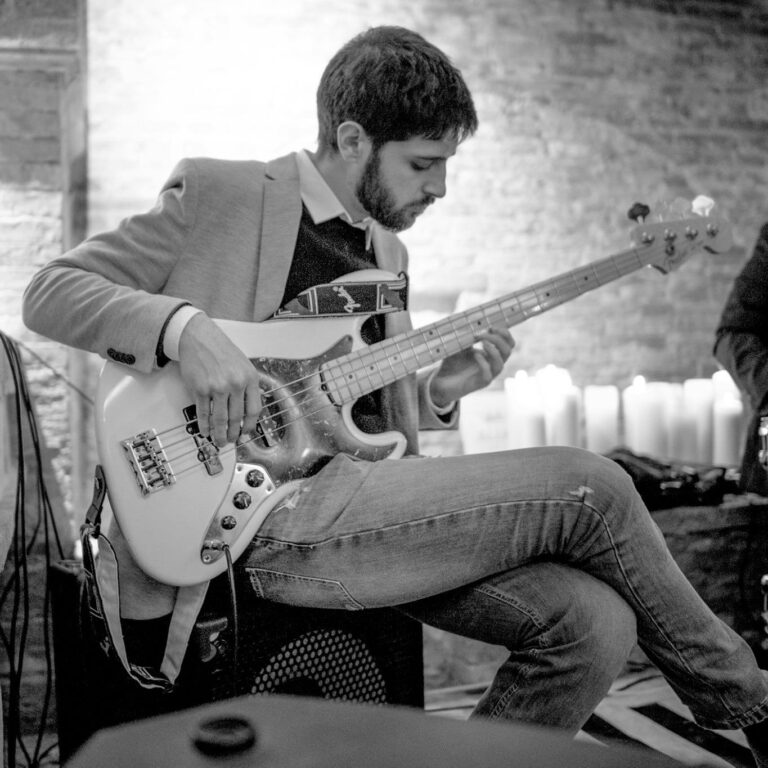 The band was born by chance in 2013, when musician friends can't play in a club and the trio offers to go so as not to waste a "good" gig. Since then the band has collected hundreds of concerts in Italy and other countries around the world.
In 2017 he took part in the Sibiu International Theater Festival (Romania), taking part in the shows produced by Isola di Confine BANDA PULCINELLA PARADE and IL RITMO DI PULCINELLA.
Also thanks to Isola di Confine, which produces the show “Don Giovanni In Soffitta”, the Trouvez Margot, musicians / actors with original soundtracks, fly to Manaus in Brazil in 2016 with the project “The rhythm of the mask”.
The close collaboration with Isola di Confine also leads them to participate in other theater and music projects such as "The Theater goes to school" which sees them engaged in preschools.
In 2015 they recorded a demo at the hostel thanks to Francesco Federici and Daniele Rotella. The three recorded songs are very different from each other, a reflection of the band's inclination to leave enough time for contamination between genres, styles and attitudes.
Contact us now!